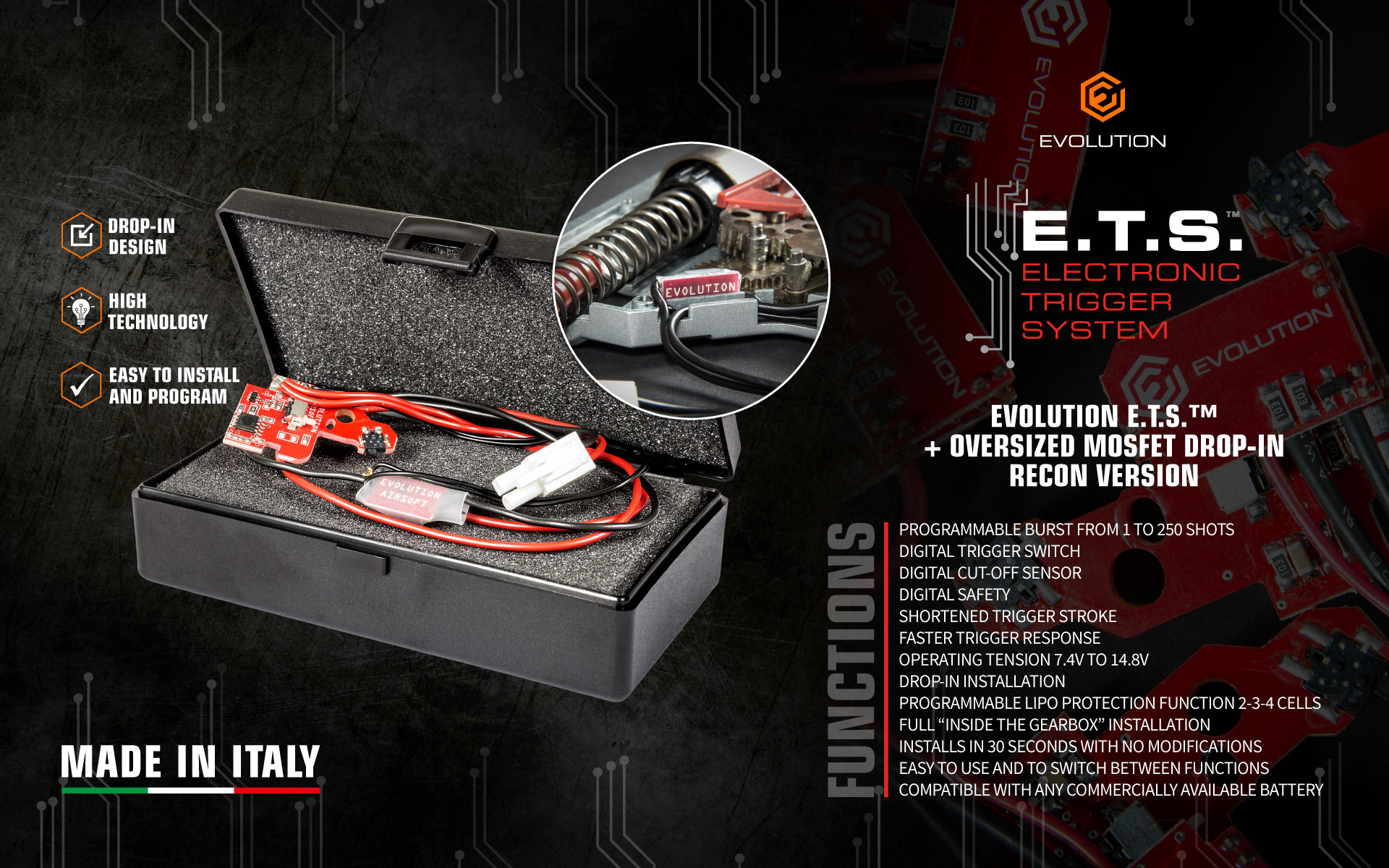 Evolution added to their line of programmable electronic triggers and mosfets a new version designed to perfectly fit the internals of their Recon guns gearbox.

The installation of the E.T.S. electronic trigger and its Oversized Mosfet Unit is completely “on board”. Unlike other products offered by the competition, all components of this system are securely placed inside the gearbox. There are not external units that could be damaged or that keep space in the battery compartment. This is one of the great advantages of the Evolution Recon guns.

The unit is delivered in a deluxe protective hardcase and it is compatible with all guns within the Evolution Recon line, both the metal and the Carbontech™ versions.