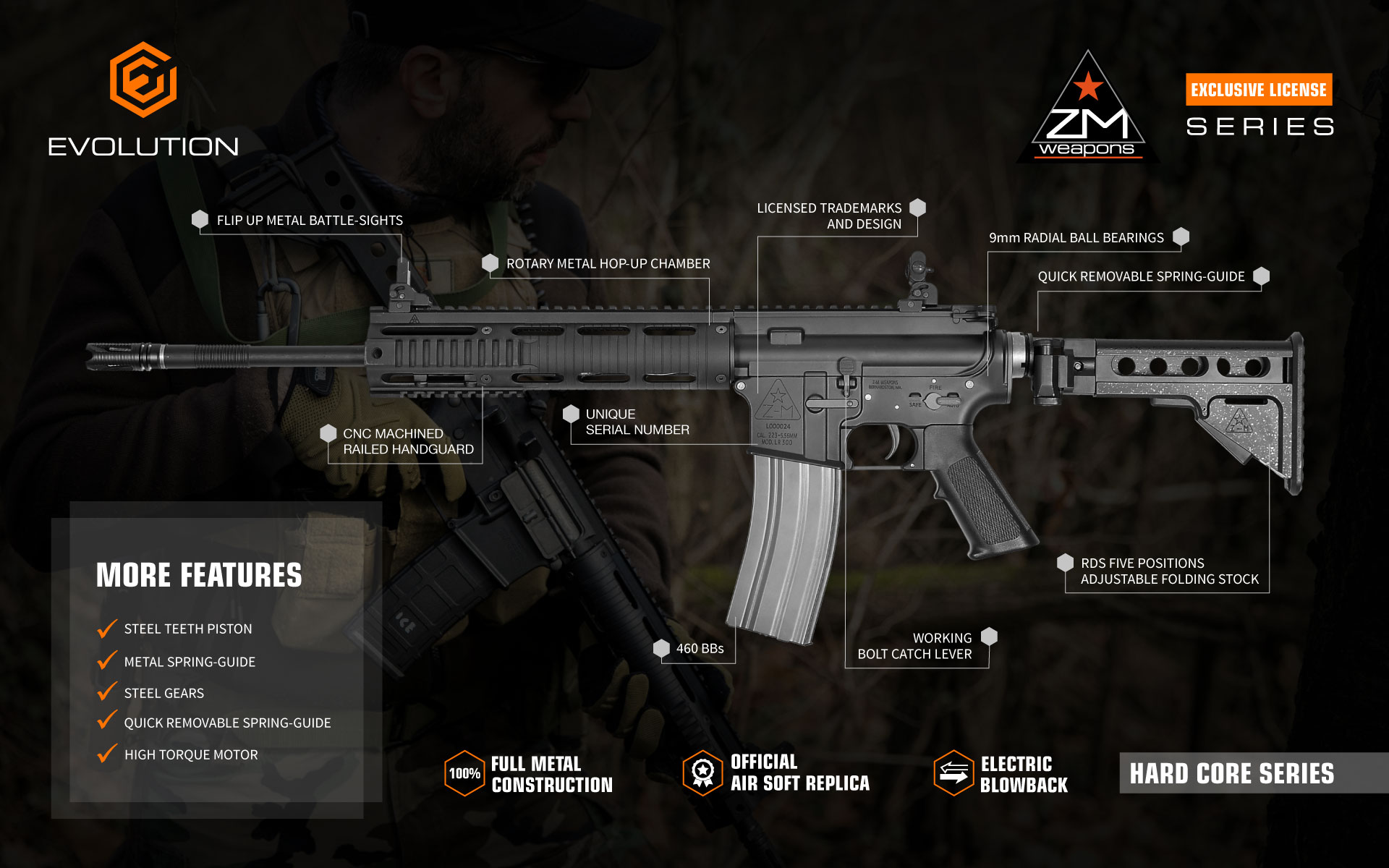 Z-M Weapons, USA is the manufacturer of the legendary LR-300, the first major break-through in the firearms industry in the last 50 years. The LR-300 is the most versatile AR style tactical rifle designed for Special Forces.

The Evolution Airsoft LR-300 has been designed and developed in Italy by Evolution International S.r.l. starting from the real LR-300 blueprints.

The only plastic parts are in fact the pistol grip and the butt-plate, while all other parts are made of aluminum, several of which cnc machined from billet.

For the most exciting and realistic shooting experience the LR-300 features a patented Electric Blowback mechanism which fully replicates the action of the real LR-300 DIGS® system.

The LR-300 features exactly the same logos and trademarks as the real gun counterpart whose design has been accurately reproduced in the airsoft version using the real gun blueprints and taking measurements directly on the real LR-300.

We can easily say that the Evolution Airsoft LR-300 is the most detailed and realistic airsoft replica today available on the market.

Click here to see our other air soft guns