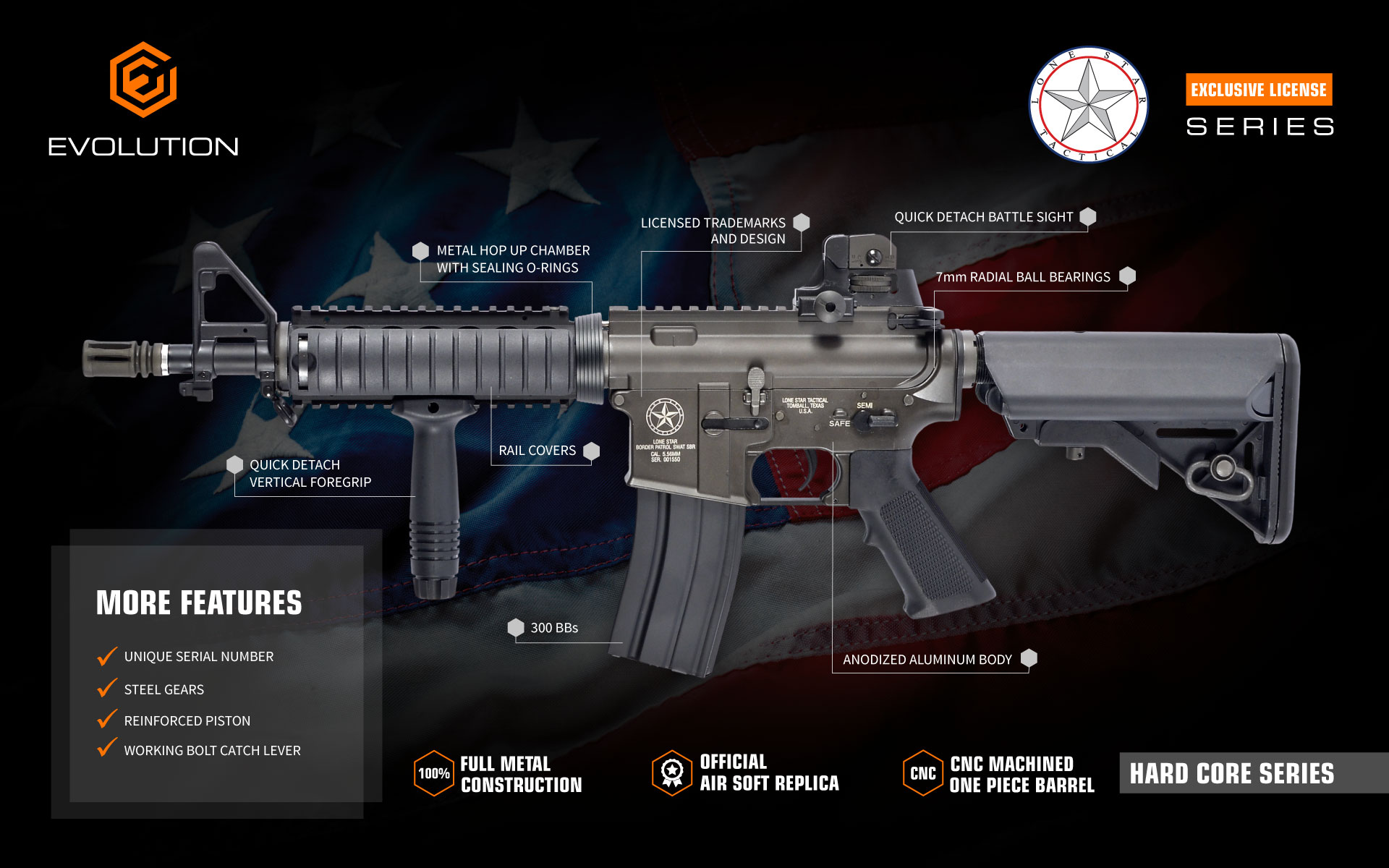 Lone Star Tactical, USA. Founded by shooters for shooters, based in Texas, brings innovative products to the market with the intention of giving 100% satisfaction to the customers with everything they offer. Very successful their Border Patrol and SWAT series.

The Lone Star Tactical series features exactly the same logos and trademarks as the real gun counterpart whose design has been accurately reproduced in the airsoft version.

Click here to see our other air soft guns